So the season is over, but training never ends. We joined in late spring over in Bethel, CT.  Tim had raced there when he was younger.  We originally went to show Jack how fun riding without training wheels was. We had his Strider (balance bike) and he just went for it on the track, the next week we signed up. 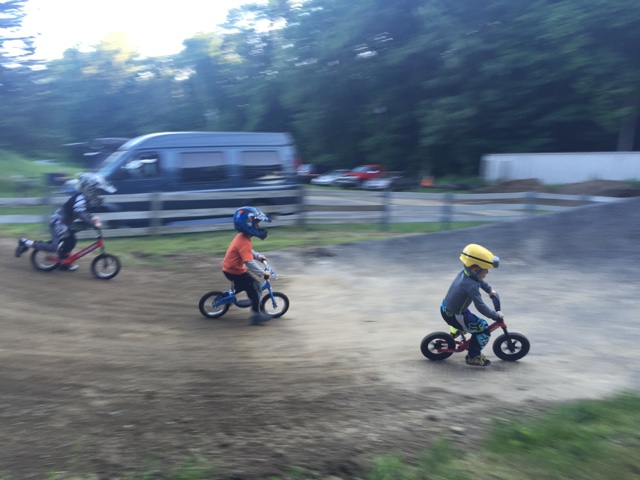 Those who know us, we are not a traditional sports family.  I was a runner in high school and Tim played hockey, we also snowboarded. Baseball, soccer and football are not us.  Although Jack does like the Yankees and Giants because Grandpa likes them. I like to describe us as an X-Games type family, well that and hunting. I can only hope one day they may make it, just like parents want them to go to NFL or MLB. 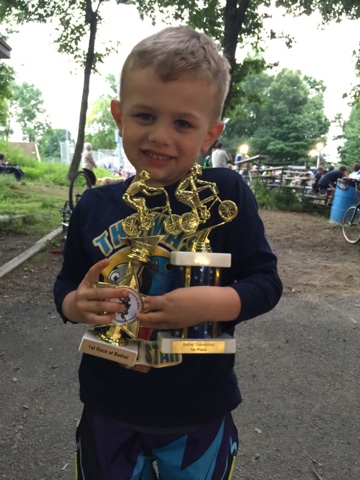 I won't lie, when he started I was excited but swore I wouldn't become one of those "side-line coach" parents.  Well suddenly I too am screaming "feet, feet, move your feet".  Charlotte joined in too, she likes the attention, going at her own speed, and people cheering.  Jack is a bit more competitive, but just wants to ride down the hills fast.  Scoot and glide up and down the bumps. 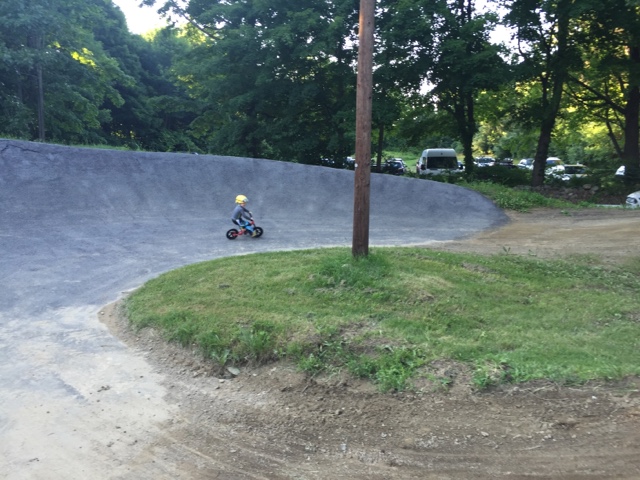 In-between the Strider Races, the big kids race.  Jack likes to watch them and we try to point out how much fun actually riding your bike it.  Until August he was still on training wheels, so those races were off limits. Once one of the other five year old boys moved up, Jack spiked an interest in moving up too. Before the 2016 season, we will look and get him a racing bike, Charlotte will continue on striders for another year. As long as the kids are five and younger they can race Strider Bikes. 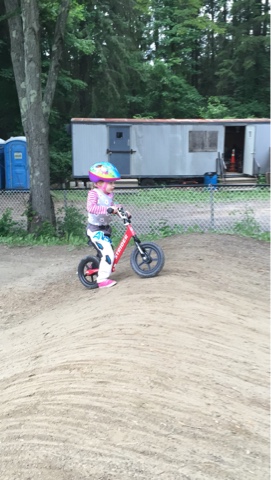 I do believe the balance and racing helped both kids move on training wheels. They both started on the same day and never looked back.   Like most sports there is a huge community.  Although bikers are racing for themselves, times, points, and places. A lot like when I ran versus team sports. 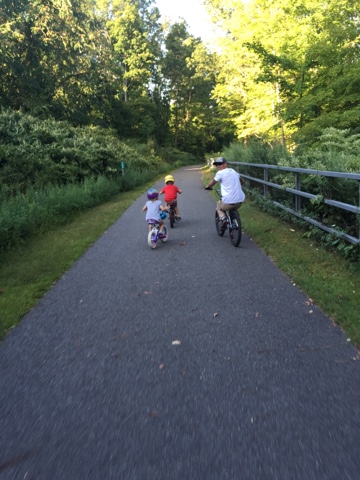 Want to know more about Strider Races?  Locally in the Hudson Valley there are a few tracks.  You can go on USA BMX website and join the USA BMX, giving you the ability to race  of your region.  We stayed at our one track but would like to try multiple ones this Spring. Strider is great for two years old and up, some of the younger kids race harder and faster then the five year old races.  They are so cute!

We are excited for this spring to start racing once again.  Hope to see some new faces too.