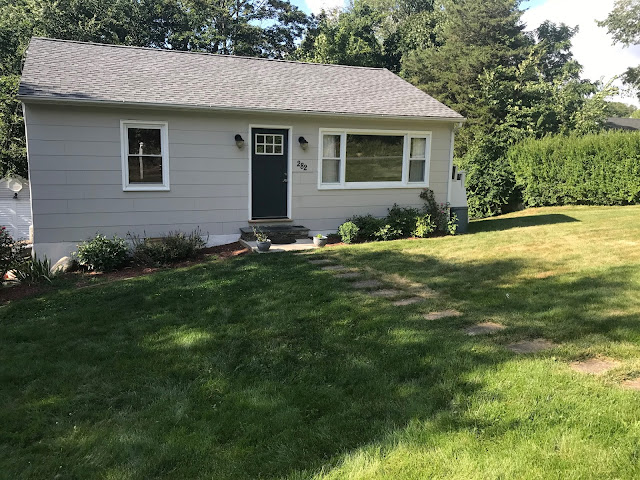 This post is LOOONG overdue.  I started writing it in June.  I am going to edit with where we are now the second to last week in August, basically 2.5 months LATER!

June 1st here and I about to dive head first into packing up the house.   We are in contracts currently with our house and should be closing beginning of July. That date came and went.   I am super excited but as of right now we have no where to go. We found a rental that is amazing after going to see 4, one ended up having a murder there too.  Our luck.   Moving is stressful and throwing kids into the mix adds to that stress.  I just keep thinking about the new beginning is it going to bring. Everyone in the house will be included in the process too.  Jack and Charlotte have given us their requests and they are quite funny. For the most part when we have gone to homes they have stayed in the car or outside on the phones with no interest coming inside.

My happiness currently includes the fact that I am getting to throw out, sell or donate much of the house. I am limiting what we move with us.  We did the first purge last summer, and everything we have is very organized and labeled, but I don't want to take extras.

We still have NOT closed on our house.  I am lost at who is to blame, but overall some major details were left out of the offer/contract and the buyers have not closed on their place so they have not closed on our place.  We have been very annoyed. We issued a Time of the Essence letter, and suddenly things moved along and the people rented.  I won't name name until we have closed but buyers lawyer is not one I would recommend or deal with again on a sale.

We found an amazing furnished rental on Candlewood Lake with a beach, dock for the boat and views.  I will miss waking up to the lake when we move out.   So I am taking it all in until then.  The kids love having friends over, going fishing and taking friends out on the boat.

While sad to be out of our first family home, after all the drama in selling it and stress of this sale, we rushed out the final weekend before leaving on vacation and basically shut the garage and just left.  No final picture of the four of us but we're out.  Hopefully sometime next week we actually officially close and I can stop paying for the house. 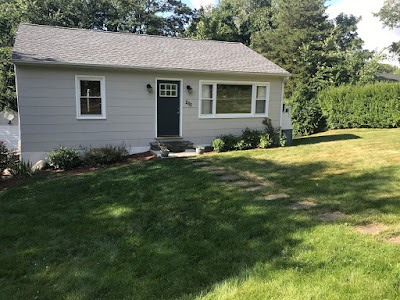