Souvenirs- I didn't buy much in Disney World for the kids or us. I went with a plan on what we would buy and stuck with it.  So in advance I got the kids Disney: toys, shirts, and surprises to bring with us on the ride down and while we were there. 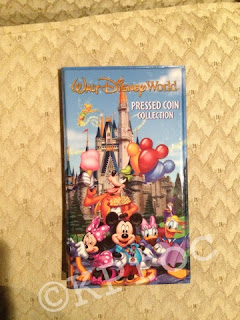 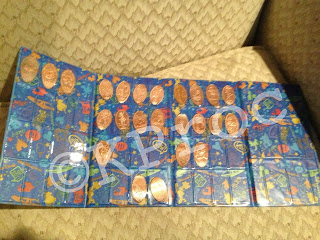 Disney Photopass: We did this back in 2009 and knew we would do it again with the kids so we PREORDERED the CD, by doing this you save $40. The basic package become $120 instead of $160.  If you want to get the photopass+, it is $150 purchased at least 14 days before your trip. The photopass+ includes photos of select character meals and select rides throughout the parks.  A list of the parks and photographer locations can be found here.  We only did the regular photopass since our character lunch did not participate and the kids didn't go on many of the rides that were included on the photopass+  when we go back again and know they will be joining us on the bigger rides this will be a must for us.  Our pass had 90 pictures on it when we were done with the parks, each pass online includes pre loaded pictures you can add to your CD at no additional cost from the parks you had visited using the pass.  Online you are also able to do basic edits (color tones, black/white and sepia), zoom, adding borders and/or signatures and graphics.  All said and done our CD wound up with 132 pictures. 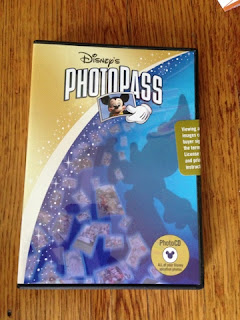 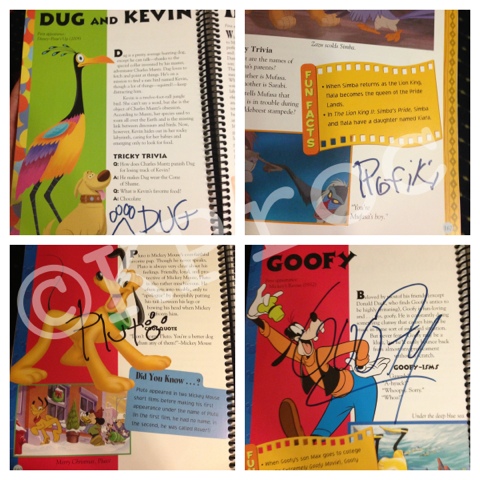 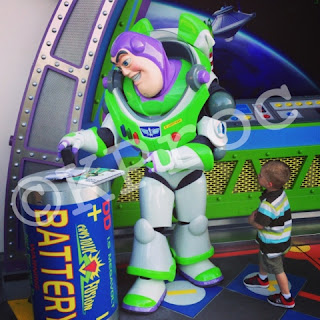 Books:
I have a favorite book that I got back in 2009, it is rereleased with updates each year and acts like a scrapbook with pockets and agenda pages in the back up to 14 days.  I did not buy a new one for 2013 figuring we were only going to the parks 2 days, so I just brought my 2009 edition with me for review purposes and scheduling help.  I did buy a Walt Disney World with Kids 2013 book too for more of the  park and outer park experiences and help.  I would suggest either along with a notebook to plot your own days' schedule and keep notes on what you did, liked and didn't like.

Maps:
Each park has it's own map and then weekly schedule insert of everything that is going on in the parks. I took 2, one that was used and beat up all day and marked with what we did, the second was a "final copy" that I wrote the date we visited and all the rides/stores/food places we were at in the park.  I will insert these in our photobook when it is complete to forever treasure the kids first Disney World Visit. 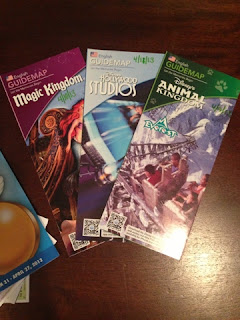 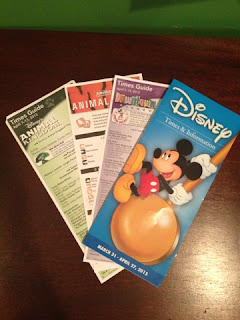 Disney also offers FREE custom maps that come in an adorable folder with maps printed up listing whatever rides you choose and your last name on them for each park.  Did I mention this is FREE?  Click here and make your own, mine came within 2 weeks, and you can only order one set every few months.  Another cool and free souvenir!! 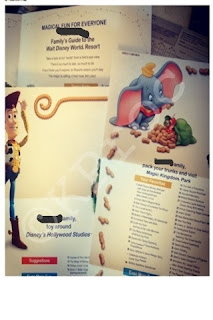 Identification Bands:
I wanted/needed something for the kids in the emergency case they are separated from us in one of the parks, really anywhere not with us.  FL is a long way from NY and both kids can't reply where they live or our first names in my opinion, at least not Char.  I started to look at tattoos that would have my information on it, then after asking a group of friends someone suggested a daily sale site that was offering TigTagz.  BINGO!  I ordered 36 of the Unisex style and put on them "if lost please call my mom and dad (with our 2 numbers on it).  The bands lasted 2-3 days, longer if  my kids didn't realize they were on at that point and request them off.  The kids needed us to take them off for them.  They didn't fade with sunblock, pools, baths, dirt and sleep.  I was stopped a few times asking where I got them, if you don't have time to order or want something cheaper/free: ALL guest services have stickers to place in the kids shirts and you write your own information on them. 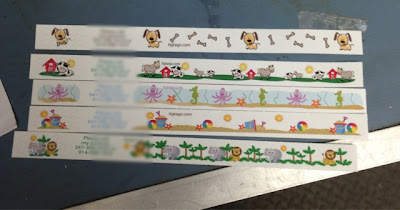 Disney Dollars:
I have one (top right in picture) from 1993, my first visit.  I knew I wanted to get the kids some from their first visit, too.  $1 for a $1 even exchange to turn your dollars into Disney Dollars.  They were sold out of all 2013 ones so Jack picked out 2 dollar bills for him and Minnie Mouse was on the $5 bill and he wanted Charlotte to get that.  They gave us currency envelopes to hold each bill.  Money never expires and a cute memento. 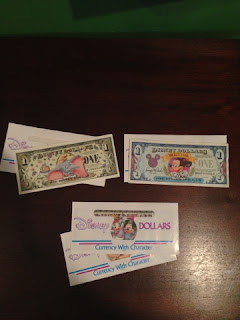 Disney Part 1: The Packing and Driving
Disney Part 2: What we did outside the parks

Jennifer said…
I love the photopass! My ex and his family did that when we all went there and it was awesome having all the photos the Disney photogs take!
May 1, 2013 at 1:46 PM