Women's Blogger Event at the NYIAS, Toyota and SheBuysCars #NYIAS 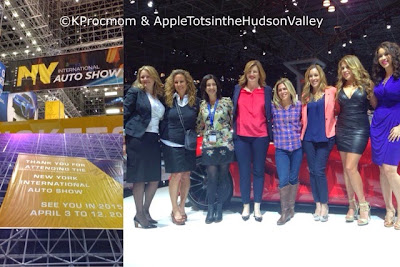 I had the opportunity to attend Toyota's Women's Blogger Event for the New York International Auto Show by SheBuysCars.  My car back in high school was a used 1993 Toyota Camry and so much has changed.  I love driving and I am known for putting on serious mileage every year on my car (over 60,000 in two years).  Since my first car, 1993 Dodge Intrepid, I have owned 9 cars and driven countless others, both automatic or stick shift.  I was extremely interested to see the many new models displayed at the show this year.  The new Toyota Highlander has a functional 3rd row SUV with attractive gas mileage for someone like me, two musts for me. 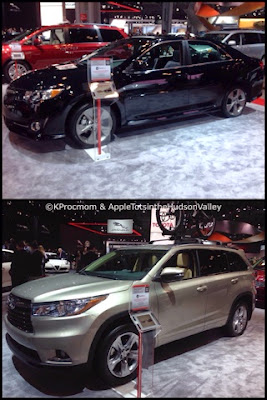 In the Toyota area they had their TeenDrive365 booth set up.  TeenDrive365 was created by Toyota to talk about safe driving among teens.

"Fact: The first year behind the wheel can be one of the most dangerous years in a teen's life."- Toyota

Their site includes tools, tips and information about special drive events across the country to teach teens AND parents about safe driving.  Toyota also had a distracted driver simulator at the Auto Show, I crashed while trying to open a water bottle and driving.  Multitasking is not a great idea behind the wheel.   Did you know the new hand position for driving? 9 & 3 is where your hands should be... why? think about airbags if you crash you hands/arms will be pushed out and away from your face instead of 10 & 2, which pushes your hands up towards face, just another interesting fact I learned at the Toyota booth. 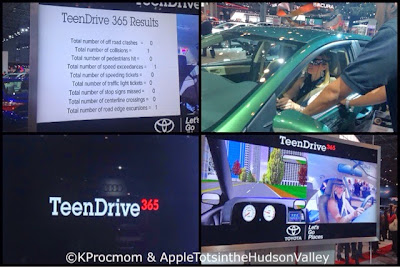 Whether you are in the market for a new car, a car enthusiast or just looking for something fun to do as a family or date, the NYIAS is the place to be this week. Check it out before it ends Sunday, April 27th. 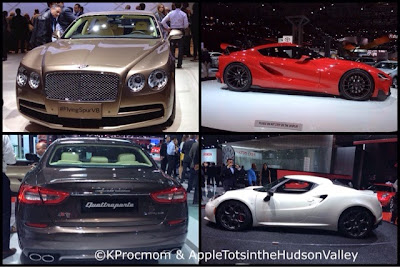