So remember that time 3 moms, 4 kids all piled into a Chevy Tahoe and took a road trip? Oh yeah, I do!  This weekend we went down to PA to visit Sesame Place for the first time and the Crayola Experience.  We also added a dinner time trip to Chuck E Cheese and Target.   What were we thinking?  We'll we wanted to experience and make memories with our kids, that's what! 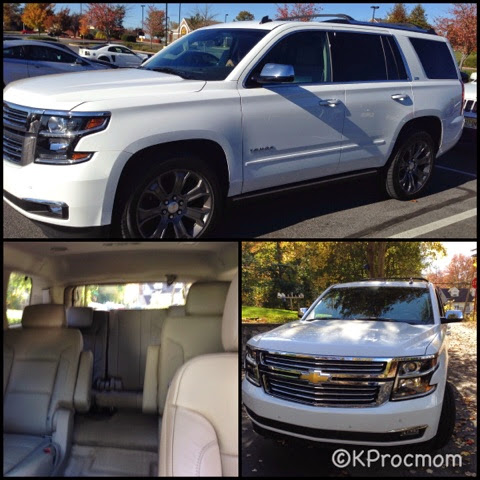 I have been looking at Chevy Tahoes and Suburbans for a few months now, I need more room with the two kids and want a bigger car now that the kids are getting older, we take trips and their toys (the quad, dirt bike, tricycles and everything else) continue to get bigger too.  I was able to experience driving a brand new 2015 Tahoe LTZ made by Chevrolet.  It was a beauty, had everything anyone could ask for and more.  Who needs a DVD player when you can have BluRay?  Also many models of 2015 Chevys now come with wifi inside your car apart of OnStar packaging.  Now Jack and Charlotte can stop yelling at me when we loose wifi on their devices as we pull out of the driveway.   Heated steering wheel, air conditioned seats, vibrating nofitifaction when cars are on your sides, seriously I didn't know have these feature existed.   Now that I do, I want them and can't imagine settling for less.  Gas mileage was basically the same that I get currently in my SUV. 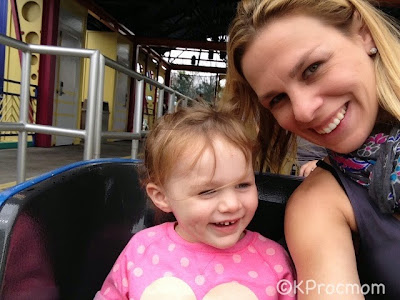 Saturday morning, Christine and RJ came over early for our adventure and we were off to get numbers 6 & 7 then head to Langhorne, PA.   Stephanie and Maximo got in and we were off, goodness for Stephanie sitting in the middle row, she became toddler waitress for all the snacks.  How many pretzels, goldfish, teddy grahmans, water, milk and juices can four toddler/preschoolers consume? LOTS!  Also had to move her head from blocking Jack's view a few times.  Kids don't care if their moms are trying to talk. Drive down took a little over an hour from the Bronx.  Just enough time to watch Tale of the Brave movie and rock out to some music before pulling in to park.   At which point the "you're touching me", "top tickling me" and "we need to go to the bathroom" were beginning from the back seat.  Phew we made it!  My kids loved being in the back row all together and also when they needed to get out of their seat, walking between captain rows instead of climbing over seats which they do now.  Jack loved having a charger for his iTouch next to him, I will never hear "my batteries died" again!

Sesame Place was all done up for Halloween, big pumpkin heads met us at the entrance with a huge inflatable Count in the center, just through the ticket gates and bag checks (great news you can bring in a small cooler to keep the little ones fed and hydrated).  First view was the Vapor Trail roller coaster that Charlotte wanted to go on.   I have to say for a kids coaster, it whipped around fast, but she loved it and didn't want to get off, just wanted to go again.  All that mattered was that she liked it.   During the Halloween season, they also offer trick or treating, providing the bags and great snacks throughout the park at different stations.  Impressive treats: juice boxes, pretzels, gummies and fruit strips.  We rode more "Halloween special rides" and then went to meet and take pictures with some characters.   Now getting multiple kids to smile at the same time was impossible, I have many great shots to prove that.

What I am most happy about is the bracelets I put on the kids while at the park, they are if lost call my parents bracelets which include my phone number, I first bought them for Disney last year.   Jack wandered off and after a brief panic attack and unsuccessful search, I went to LOST CHILD office and he was standing there showing them my phone number.  They commented on how great the bands were and how smart he was to show them.  Although they didn't call I had walked in the middle of them dialing.  Oh, Jack!!!  Also if you want a good viewing spot for the daily parade, you need to start lining up and marking your space early.  We had no idea that was the case, people had strollers and blankets laid out to reserve thei space, this was at 2:30pm and earlier,  parade started at 4, that is just insane.  There is only one parade a day.

We planned on trying to go on more rides  thinking the lines would be lighter, all morning we had encountered having to wait 5-6 cycles to get on a ride.  The waiting game is not easy with two preschoolers who just want to go on, and struggle with the standing still part of a line, calling their names to stand in line enough to frustrate anyone while becoming "that mom".   Also as a mom with two young kids, many of the rides were for one adult/one kid leaving it impossible to ride when everyone wants to go on, I can't leave a 3 or 4 year old standing alone waiting.  I would never be able to go to the park alone, this was very disappointing.  Even with the parade going on, Sesame Place was packed by the rides, we decided to just let the kids run around in the Monster & Mini Monster Clubhouse section.  They had lots of fun in there.  We left the park shortly after around 5:30, just before closing.
I am glad we all experienced Sesame and maybe it is different in the summer when the water rides are also open, or during the week when school is in session, but the crowds were a major turn off for me.

More on after the park fun and Sunday's adventures to come!

Stephanie is from Football Food and Motherhood, she supplied many photos for our trip check her and #growingupmaximo out!