All Aboard with Thomas at NYBG

Disclosure:  I received these tickets from NYBG in exchange for my review and hosting a ticket contest. All views are my own 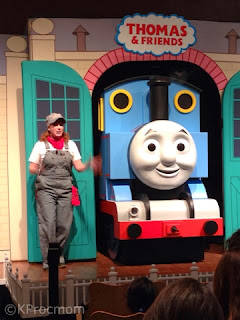 The NYBG once again had a fantastic short performance featuring Thomas and Drive Sam.  A short play on a surprise celebration put on by Driver Sam for Thomas.  Although total length was 20 minutes, it was perfectly performed with all the favorite Thomas songs and new ones.  The tickets included full access to the gardens for the day as well as the annual Holiday Train Show.

My son and all the other kids around us were singing and dancing in their seats (parents too..I know I was).  The NYBG had everything organized perfectly, seating was first come first serve in lettered rows for pictures after the show with Thomas. 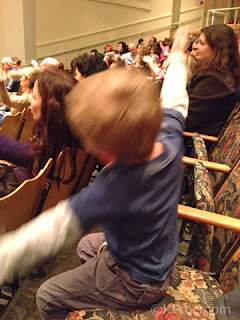 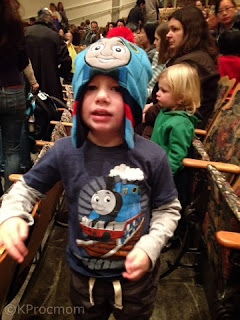 After the show they called rows up in alphabetically order to line up, get their train conductor certificate and take a picture in stage next to Thomas.  This year pictures were also professionally taken, 48 hours later they were available for free download with an adorable Thomas border on them.  An upgrade for last year when they were self taken. 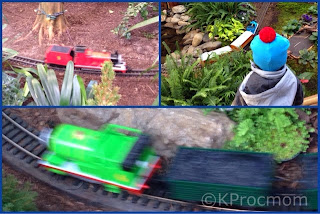 After the show we went over to the conservatory to see the trains on display, the carvings of NYC buildings and those in surrounding areas were magnificent.  Another addition to the trains on display this year were 3 G-Scaled trains from Thomas and Friends: Thomas, James and Percy.   J was obsessed with watching them, and he was the one who found their displays, which were slightly hidden.  Thomas did have a huge center display in conservatory. 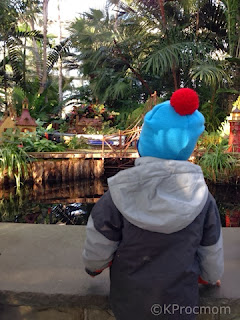 This is a must see next year, plan for visit for early January to attend both shows as Thomas does play during the Holiday Train Show's last weeks and continues even after Train Show is over through end of January and the dates do sell out fast. 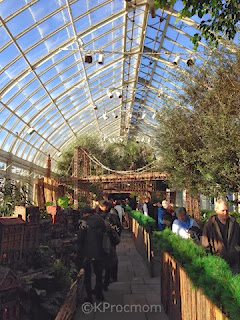 Check out this months schedule for events at NYBG here.

cross posted on Apple Tots in the Hudson Valley