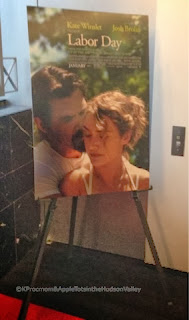 Last week I was invited to attend a preview screening of Paramount's new movie Labor Day with Kate Winslet and Josh Brolin by TheMoms.  An "unexpected love story" that takes places in 1987, based on author's Joyce Maynard book Labor Day. 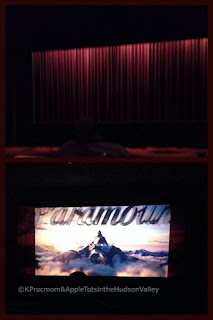 Henry, the son in the movie was great (played by Gattlin Griffith), one of my favorite characters.  His portrayal of a teen boy going through his own emotional development while living with his mom and help carrying for her too was fantastic.  He would have done anything for his mother and he did. The bond of mother-son was especially inspiring.

Kate Winslet's portrayal of Adele, a divorcee with emotional baggage was captivating.  You wondered what happened to make her become helpless mom she had become.  Previews show the movie as a love story, it was but I would consider it a darker one.  The suspense and flash backs of character Frank (Josh Brolin) and why he was on the run, did leave you wanting to know more from the beginning until the closure was given.

I enjoyed the movie, and was completely choked up at the end.
Watch the trailer and make sure to see it in theaters starting January 31st.