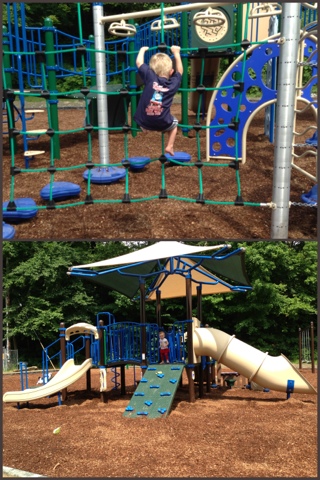 Finally our town playground is back open,  months ago they closed it, ripped it out and we were told it would be open in April...well that never happened.  Jack's party was planned for there, it was still closed, so 2nd location was used (our house). Since then we have driven by weekly, mostly to see the machines and "Kevin the train" from Thomas, who is a yellow construction vehicle (excavator).  The kids are obsessed.
On Wednesday, Char and I drove by and saw kids playing...finally!  So Thursday after errands and hanging out we headed to see it.  There is tons for the kids to do, many more things to climb up and explore.  Benches for parents still haven't been added and there are only 2 baby swings and 2 kid swings, other than that its pretty awesome.  The kids certainly approve, and came home filthy (it had just finished raining and they also played in puddles and dirt collecting me rocks). 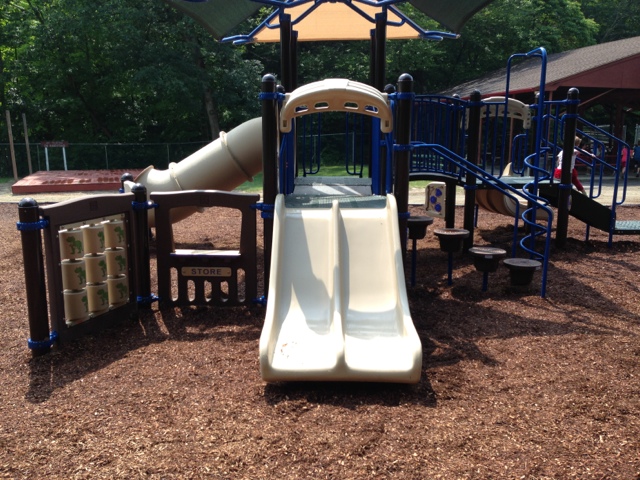 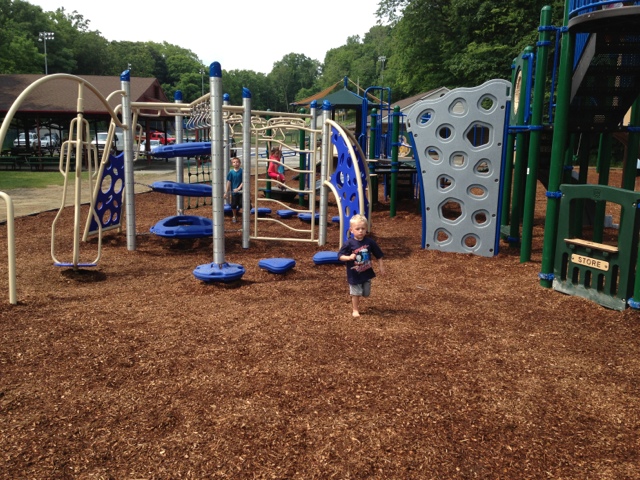 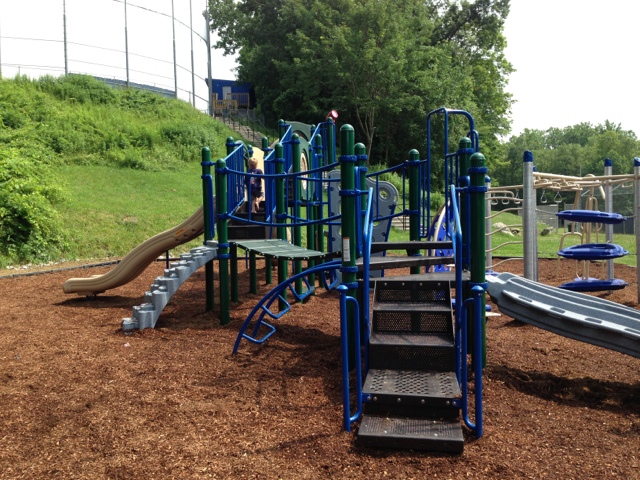 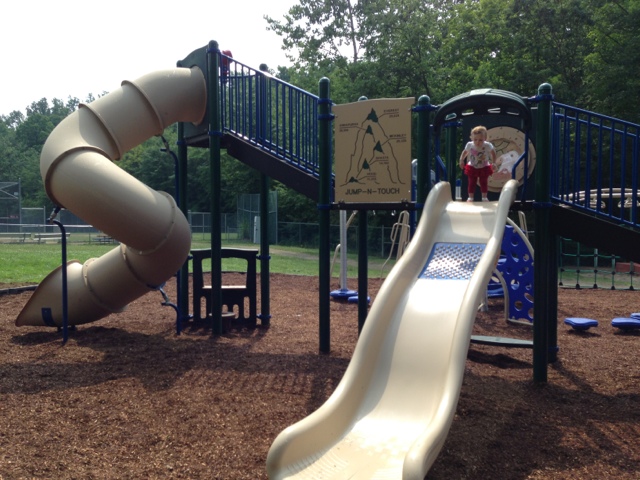