So I have been PC "politically correct" about life, marriage and family... and well I am done.  I love my family but I have so many great stories that I have kept to myself, not anymore!  A mixture of "shit these kids said", what did grandma/in-laws/husbands do.  I mean who else received a list of approved names when they were pregnant? Oh wait that was me!  Why not ride my ride with me? 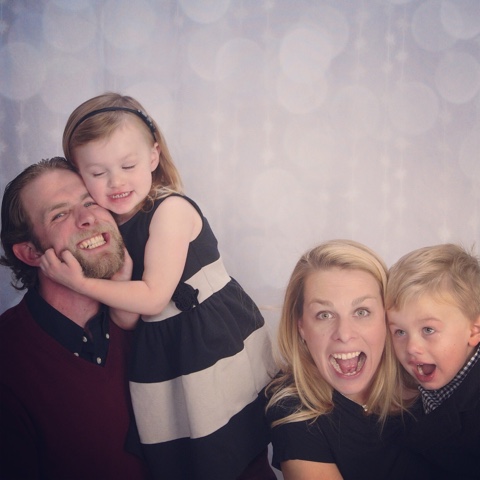 This is me airing it out.

Between marrying young, having a husband deployed, living 4 states away from him all while being in college and starting careers at the same time back in 2008.  I have led an interesting, busy, constantly changing life and it sure makes for great stories.

In 2010 we were blessed with our first child Jack, who was born with complex syndactyly aplasia. Instead of just having a newborn and starting motherhood just worrying about feeding, changing, and sleeping we were bombarded with extra doctor appointments and surgeons meeting us in the maternity unit. Jack was the best thing to happen to us, I have said it before, we are given what we can handle. Jack has "handled" us in the near 6 years he has been with us. He adapted, we have amazing surgeons and therapists over the years helping him succeed. Nothing has held him back.

Six months after Jack was born we found another bundle was on their way, this time a girl name Charlotte. (The name I was told I could not use because an unwed, non pregnant, not engaged 17 year old wanted the name to hypothetically use for her then boyfriend's grandpa, yes I am serious, my sister-in-law requested the name and my Mother-in-Law backed her while  I was pregnant with Jack). I really believe she is a fireball thanks to coming into this world as our area was slammed with a hurricane. Instant love between the two, she came at a great time and fit in just fine.  As I am about to register her for kindergarten next month, she is bound to take on the world. Further CEO, no doubt about it, nothing holds her back and she speaks her mind, oh does she speak her mind. Constantly reminding her "to ask, not tell us" things.

I am first to admit no marriage is perfect and while Tim and I have had our disagreements, certainly we now how to push each others buttons and getting on each others' nerves we still love each other.  Much of our issues have always revolved around finances and his family. I still do not understand why simple things like feed them "this formula in a bottle" were too hard to understand, or this diaper gives rashes (and you provided the Pampers the kids use). As a mother, not being heard when it comes to your kids is hard. Specifically you have had these conversations with your in-laws over and over. Instead of being grandparents to my children they took on parent role. Also, openly admitting to favoring Charlotte over Jack. No wonder why Jack would protest going to their house, clinging to car doors and crying. Once inside he would calm down, why did I still have him go there? My husband.

Then there were decisions made instead of being asked, things done I repeatedly said please don't.  Or things done in front of me just to annoy me. I mean who else takes a kid to JCPenney for Easter photos when it is not THEIR kid? Calling to tell me my daughter was going to see the Rockettes, even though I had tickets for her first show.  I was never asked, just told. Oh and Santa.  I gave birth, I am Santa. Yet again people do not listen and have a person come AFTER Christmas to deliver gifts from SANTA!! You better believe it I was PISSED.  Again my feelings were pushed aside. How much can someone take though, honestly before you just lose it?  How many times can you say the same stuff to someone for them to turn around within minutes and do the opposite?

Oh then the time they sit on your couch and tell you they wished their son never married you? Yeah- Breaking Point. GAME OVER!  How did I even last this long? The stuff that was said- Unforgivable.  I am over pretending, these are things no one should have to deal with.  No one should have to feel and be treated that way.  Its the thousand things that add up.  It is everything adding up, many years, many small things creating lots of resentment. 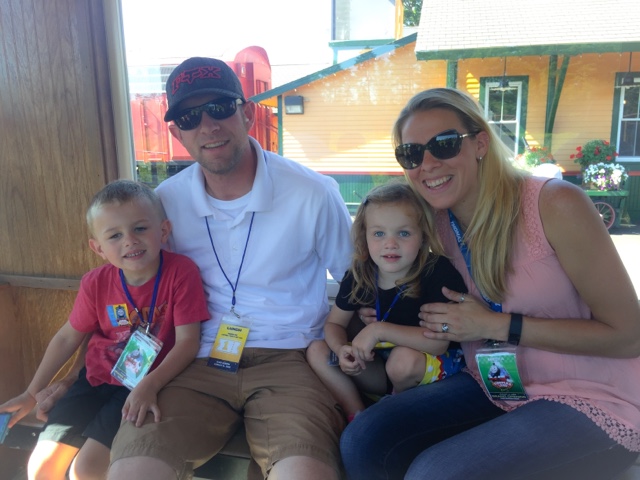 In the end I will swear to never treat my kids this way.  I will not be the mother-in-law I have.    Never to treat my kids and their significant others they way I have been treated. I always say, never say never, but to these I make the pact.  To these I will hold myself accountable. For me I am airing it out. I want to be more honest, I want to be more candid and now I will. I am sitting weekly with someone to learn how to cope, learn how to change myself to be better and not let toxic people affect me anymore. I let them for years. Like I have said, now it is my family of four. Now it is my rules, my way. I am not having these outsiders dictate my life or my kids anymore.