On Wednesday, Jack and I went to see Marvel Universal Live! and it was awesome!! The Moms, Denise & Melissa,  put on pre-show event that consisted of SuperHero Training school, dress up and meeting the actors in the show, Jack received his super hero ID (Diesel Jack who is Super Strong) and great food.  The Moms sure do know how to entertain kids and their families! 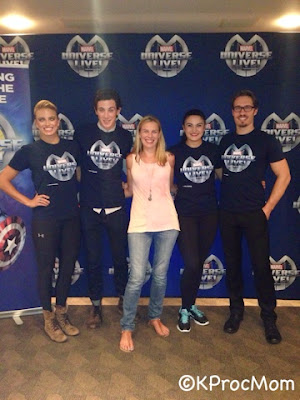 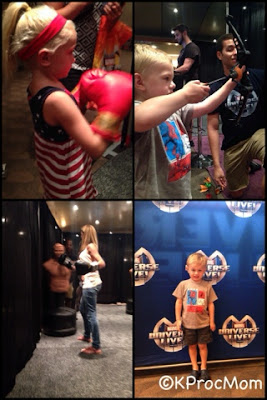 This show has been in the works for two years according to Juliette Feld, executive producer of the production, and it just opened this past month and will be touring throughout the US.  FELD Entertainment is a family business that produces family entertainment everyone will enjoy, Nuclear Boyz, Disney on Ice and Ringling Brothers are just a few of their productions.  If you ever been to one of their productions you know the quality of their shows. 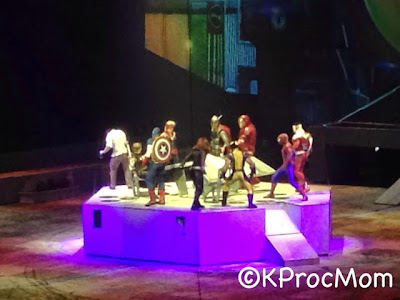 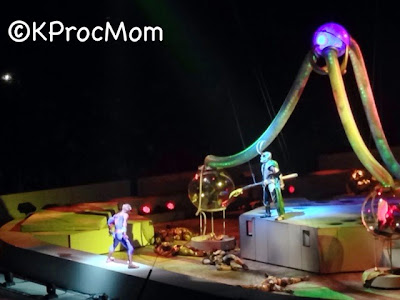 When the show started with the first sound of music, Jack and I were at the edge of our seats.  He has never been to a live show like this before and I know he wants to come again.  Who doesn't like stunts, heart pounding action and a live super heroes infront of you though?  Ridiculously intense action scenes and unlike the movies can only be performed once, take such skill and talent you can't look away in fear you will miss something.  The motorcycle stunts and flying Spiderman were among Jack's favorite scenes when I asked him after the show. 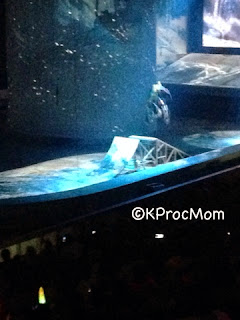 The Good vs Evil plot line with Captain America,The Hulk, Spiderman and many many more who are all trying to save Earth while battling evil, much like Marvel's comics which have captured fans for years.  A franchise that grows each year with the next generation,  the amount of mini Spidermans, Hulks, Ironmans, Captain Americas sitting in the audience with their masks was adorable, I had a Spiderman sitting next to me while eating his cotton candy.  Even the snacks/drinks came in souvenir cups, buckets or masks to take home after event, a great 2 for 1 at the show because we all know the kids will want to eat or drink while there and have something to bring home with their favorite superhero on it. 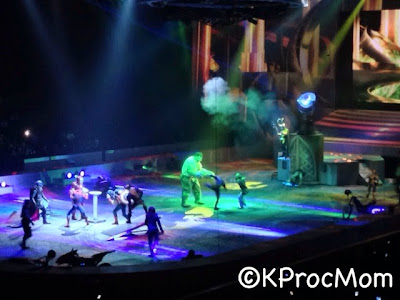 Throughout the show you were watching different places on stage fight scenes, while other sets were being changed in front of your eyes with little notice.  The digital projection of the screen center stage provided backgrounds to the set, ramps for stunts and video introductions of the different Superheroes.  The lighting, sound effects, and fireworks were spot on and excited everyone around with every pop!  This show is one you must get out and see, with your kids or a great date night to reminisce your childhood heroes with your friends or loved one.  All ages sat around us and all ages left with something they will never forget! 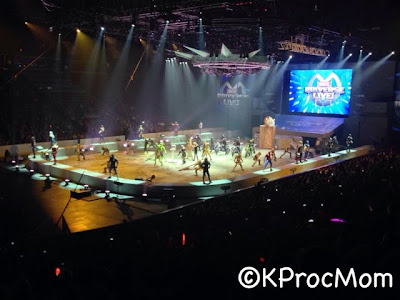 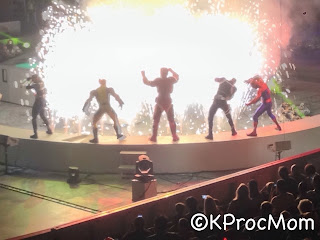 I know a stop at the toy store is coming to Jack can get some of these figures to recreate his favorite parts and I will be playing with him, I want to be Storm and Black Widow. 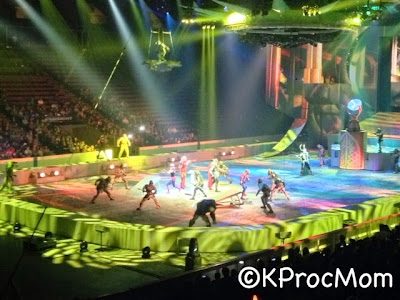 Disclosure:  I attended event as Media, my son also received a goodie bag to take home.  As always all opinions are 100% honest and my own.