Our weekend vacation/getaway includes a little something for everyone. For Tim that was stopping at Cabela's a Mecca of hunting and everything outdoors for him. Where one can eat at the store and choose between Moose Burgers, Elk, Venice, Boar OR if you are the kids or me: pizza and mac&cheese LOL.

We stopped in Hamburg, PA of i78 and spent 3 hours inside, and Tim complained because he hasn't seen it all. So on the way home we had to stop BACK at Cabela's for almost another 2 hours. The second trip included my parents who had never been inside one before and they were impressed.

5 hours in a store with kids?!?! We went through the aquarium a few times, the Deer exhibit (or as Jack calls them "moo cows"), more fish in a po with a stuffed Moose in the center, toy department. Jack's other favorite place: camping department. He hid out in the tents and laid on the beds under sleeping bags. I stayed there while he played for over 20 minutes.

All of walked out with goodies: Tim the most of course. A North Face hoodie for the mom, pink camo pjs with butt flap for Ms. Charlotte and a deer "moocow" blanket for Jack. Oh and not to forget the 5lb bucket of pretzels that Jack insisted we're his and held onto for his dear life until he passed back out in the car.

Up next.... Hotel, Train stores and THOMAS TRAIN!! 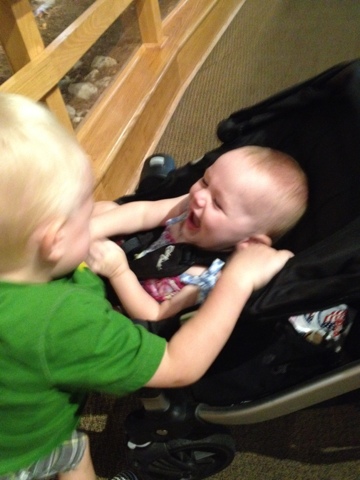 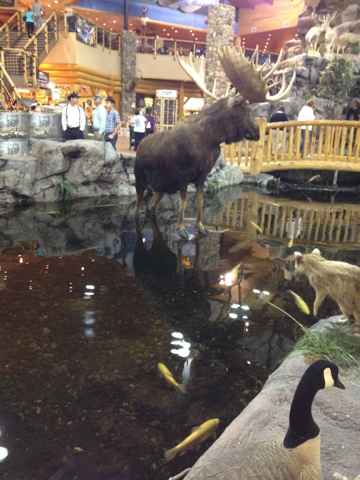 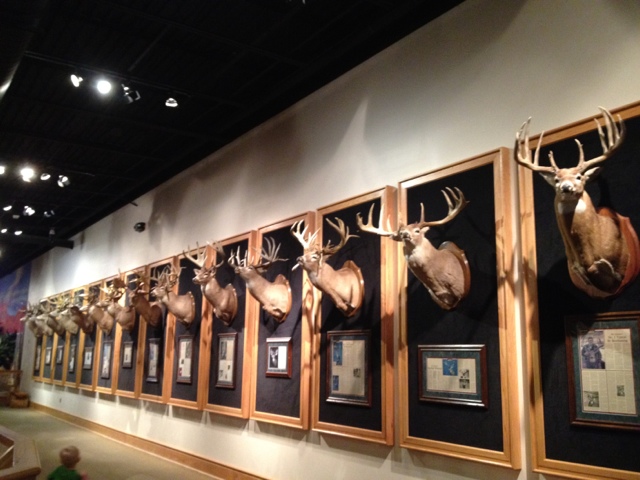 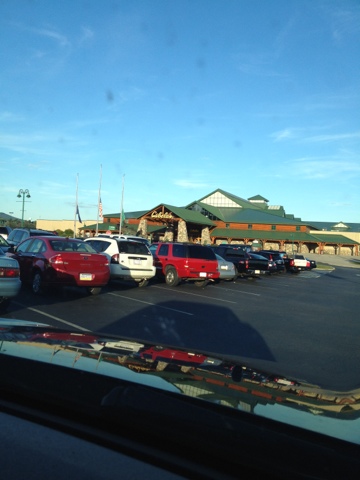 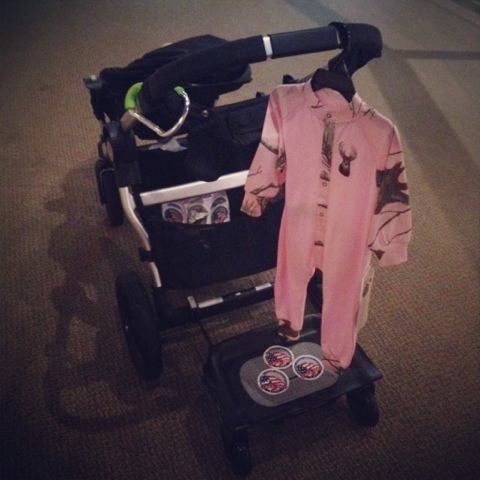 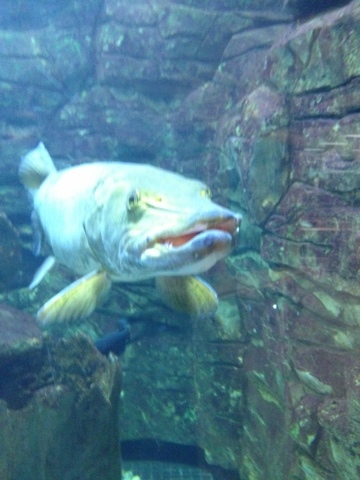 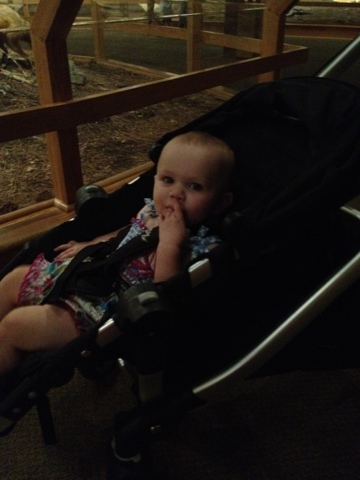